Between 2016 and July 2022, an Australian could go to the Hyundai Global Service Way website and register as an "independent repairer".1 It cost 15 Euros for 24 hours of access to repair information. This included car technical information, part and wiring diagrams, safety procedures, etc. across all of Hyundai's cars.

I used this site to look up useful repair information for my crashed Hyundai Kona Electric: Last month I went back and found Australians were locked out:

This seems to have happened because of Australia's new automotive Right to Repair legislation!

In the European Union, "Access to Vehicle Repair and Maintenance Information" regulations were introduced way back in 2007. Anyone in an EU country who is an "independent operator" can access the same repair information as official dealers, in a usable form and at a reasonable price. "Independent operator" is defined broadly as "undertakings [...] directly or indirectly involved in the repair and maintenance of motor vehicles". The EU Regulation explicitly includes non-business groups like car clubs.

Individual states in the United States have introduced similar rules, notably Massachusetts who passed their Act in 2012. In that state, car manufacturers must provide technical information to vehicle owners and independent repairers. Other states have followed, and there have been national Federal attempts too (the Motor Vehicle Owners Right to Repair Act in 2011 and the REPAIR Act this year). All of these bills explicitly provide that both vehicle owners and independent repairers have the right to access vehicle repair information and diagnostic tools.

Generally, all the existing US and EU schemes work the same: folks can register online with a car manufacturer and then pay them a "reasonable" fee to access repair information or standard diagnostic tools. In 2014, Australian car manufacturers started a voluntary scheme, which is how I could access repair information for my Hyundai. However, in 2017 the Australian Competition and Consumer Commission (ACCC) reported that not all manufacturers were providing complete information.2 The ACCC recommended that a mandatory scheme should be introduced.

However, the new Australian scheme is quite different to the US or EU. For one, the only eligible "Australian repairers" are repair businesses.3 This is a lot more restrictive, and doesn't give vehicle owners the right to access repair information for themselves.

This Australian definition of "safety information" specifically doesn't include passenger safety systems like airbags, other fuel systems like LPG or petrol, correct vehicle support points, or other safety critical systems such as brakes or traction control.

As far as I can tell there isn't another repair information scheme in the world where the law forbids car manufacturers from releasing certain kinds of technical information on "safety" grounds.

I can almost see the logic that if you're worried about irresponsible repairers making unsafe repairs to electric vehicles and other newfangled cars, you could set requirements for access to the information. However, an irresponsible repairer is going to have a go whether they know how to do it properly or not. Withholding the manufacturer's technical information on how to do it correctly and safely isn't going to make that situation any safer! If there is really a concern about safety, it seems to me that regulating who can offer EV repair services would be a more sensible way to address it.

It's also unclear whether this is a real problem or an imagined one. It is true that electric vehicles bring different challenges and safety considerations for existing automotive repairers. At the same time, the Toyota Prius was first sold here in 2001 and has a high voltage battery (max 273V) and propulsion system. Almost 36,000 sold in total, plus tens of thousands other hybrid models over the same 21 year period. I can't find any pattern of safety disasters associated with "improper persons" trying to fix these. In 2021, the Australian Productivity Commission noted that it "has not been provided with, or been able to find, substantive evidence that independent repairs result in systemic safety issues". Nor can I find any pattern of safety disasters in other countries where Electric Vehicle adoption is much greater than Australia and the relevant information is legally available without these special restrictions.

How did this happen?

When the draft of this legislation was released in 2020 there was a standard consultation period where interested parties could submit their comments. In total 22 submissions were received, and 11 of these criticised or challenged the enforced restriction of all electric vehicle information on safety grounds, or said the definition should be removed from the legislation.5 In their submission the ACCC said it was completely unnecessary:

Bosch submitted that it "does not see that is practical to exclude such information." and gave a clear example:

To exclude any reference of a hybrid system from a wiring diagram would both be costly and potentially then useless for the user. This is also necessary information for trained mechanics to avoid safety risks when working on high voltage vehicle systems. Well trained mechanics can change brakes, which are also safety-relevant.7

Despite so many submissions criticising and very few supporting8 the draft definition of "safety information", it did not change at all between the draft and final legislation!

As well as accepting submissions, governments often take additional precautionary steps before introducing new regulations. This may include commissioning a "regulatory impact statement" to assess the impact of a change and the cost/benefit. The Productivity Competition report notes that in this case such an assessment "was not conducted".9 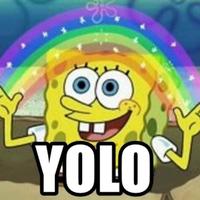 AASRA doesn't enforce that auto manufacturers are meeting their obligations - that's done by the ACCC. "AASRA is responsible for the day-to-day operations of the scheme". They're a dedicated organisation for this purpose, and I can't find any direct equivalent in the US or the EU schemes.10

Car manufacturers aren't required to work with AASRA to facilitate access. However, I'd argue that the Australian requirement of limiting access to only businesses, the restrictive safety and security information clause, the risk of penalties for releasing restricted information to the wrong person, and the associated requirements for checking, verifying and storing personal information all provide a strong incentive for car manufacturers to outsource this authorisation work to AASRA.

I'm pretty sure this also explains why existing "independent repairer" logins don't work any more, even to access information about petrol or diesel cars. All of Australia had to be locked out, and all car makers must now create and offer a system with Australia-specific restrictions: 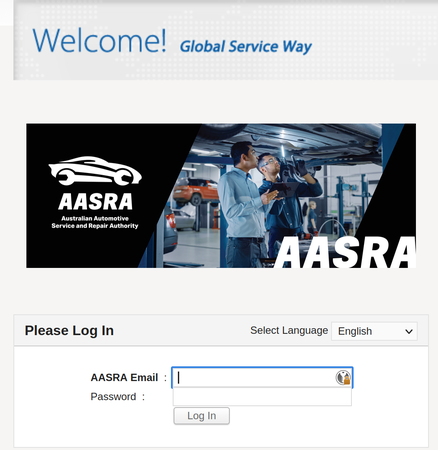 In my opinion, the only reason most of this has to exist is because the Australian scheme is so uniquely restrictive.

The new Authority AASRA, appointed by the Federal Government, has a board of only four directors - all executives from peak business organisations. The same organisations "worked closely"11 with the Federal Government on the implementation of the new scheme. It would have been good to see some more diverse organisations and interests represented there, it may have lead to less narrow outcomes. For example, when I read the draft legislation submissions I only saw three submissions supporting the proposed definition of "safety information". They came from three of the four organisations now represented on the AASRA board...8

I'm salty about this because I've lost access to information for DIY repairs while the proponents claim to be championing "Right to Repair". But I'm also really at a loss to explain why the Australian version of this scheme is so complex and restrictive, and probably more expensive to run, compared to successful schemes overseas.

I particularly dislike the mentality that we should not even try to understand the technology that we use every day, and that mere access to correct information is dangerous. The Australian scheme is based around "consumers" and "repair businesses", rather than "vehicle owners" (in the US) or "undertakings [...] directly or indirectly involved in repair" (in the EU). I'm sure this consumer/business focus suits existing business interests fine. Yet even from that narrow commercial angle it seems short-sighted and regressive: How many successful professionals first got interested in car repair, automotive engineering, or other technical areas after working on a vehicle at home or having a family member who did the same? How much have those people contributed to the Australian economy, or to general technical literacy? Why discourage that avenue of discovery?

Is this really the kind of country we want in the future, where technical information gets locked away with promise of large penalties if the wrong person even sees some of it? It's true that working on a modern car at home is difficult, and that working on an electric vehicle requires careful precautions, but a major reason for that difficulty and risk is the non-availability of correct information.

I'm disappointed that this amendment passed into law last year. I like to think that maybe additional input could have been encouraged from Members of Parliament, groups like the Australian Electric Vehicle Association, or the dozens of keen enthusiast car clubs in Australia. They might have provided different perspectives or asked why the implementation had to be this complex and restrictive.

(Although the lack of any change in the "safety information" definition, even after so many submissions criticised it in the draft,5 suggest that additional perspectives might not have made much difference.)

The Productivity Commission Right to Repair report recommended that they review the new Scheme after it's been in operation for three years. Hopefully this happens, and the terms of reference can be expanded to ask whether any of the additional restrictions are necessary, what impact they've had on DIY repairers and communities, and whether unnecessary cost and hassle has been put onto the taxpayer, repair businesses, and automotive manufacturers.

Hurrah for the Right to Repair!

Many thanks to supportive partner and regulation scientist extraordinaire Jess Drake for providing feedback on earlier versions of this post.

(Yep, this is the kind of blog post with a footnote section...)

Thoughts on “Automotive Right To Repair in Australia”